Glass jars: 5 original ideas to (re)use them in the summer

The glass jars grandma uses for her preserves never go out of fashion.  No matter whether you fill them with homemade sauce, canned fruit or delicious pickles they are always indispensable.

Nevertheless, instead of using them to preserve food, they can be employed in lots of other ways, i.e. for a multitude of inspirational crafts as seen on lifestyle websites or in magazines.

Are you ready to take a look at our favourite summer ideas?

Let’s take a trip to the past: do you know what the jars we are talking about are really called?

All over the world, they are called Mason jars after John Landis Mason who invented the current glass jar with its screw-on lid and rubber ring-seal for perfect, hermetic preservation in the United States in 1858.

They became famous in Italy a few decades later when the long-standing Quattro Stagioni jars were launched by Bormioli. These became so popular that they are still often called by their brand name (a bit like Hoovers and Jacuzzis).

There is even a specific region in Italy that has its own special name for these popular glass jars: we are talking about Liguria where a glass jar is called an Arbanella, Arbarello or Erbanella.

5 ideas to turn your glass jars into something original 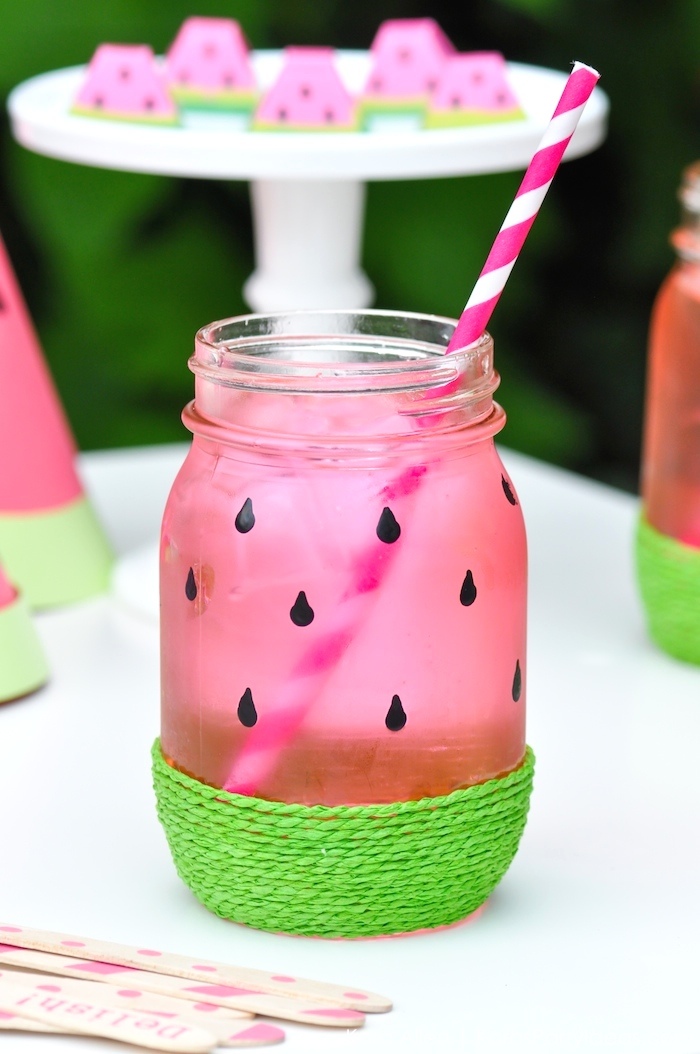 Drinking from a jar, i.e. sipping cocktails from a glass jar (plain or decorated) has been all the rage in New York for a few years now,

which is why it’s quite common to find mason jars on sale with a handle similar to that of a beer jug.

You can use your imagination to decorate them: take your inspiration from nature (like the watermelon jar above), from your favourite picture or try a bit of lettering. 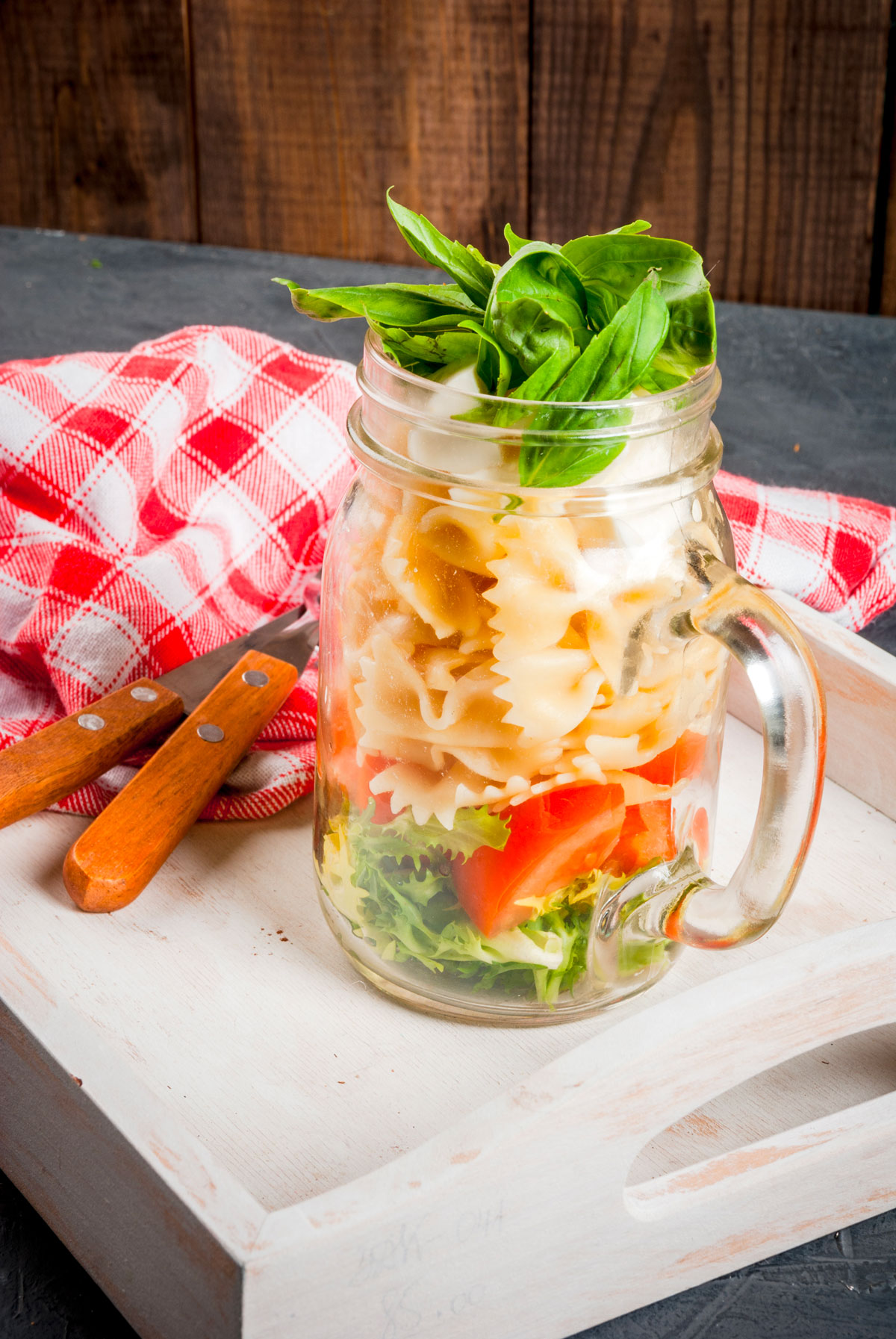 An original idea to serve cold pasta salad in the summer

Are you planning a BBQ or an al fresco meal?

You could serve your first course (such as pasta or rice salad) or fresh vegetables in glass jars.

It’s a smart way to get your portions sorted in advance so that you don’t have to put too many things on the table! 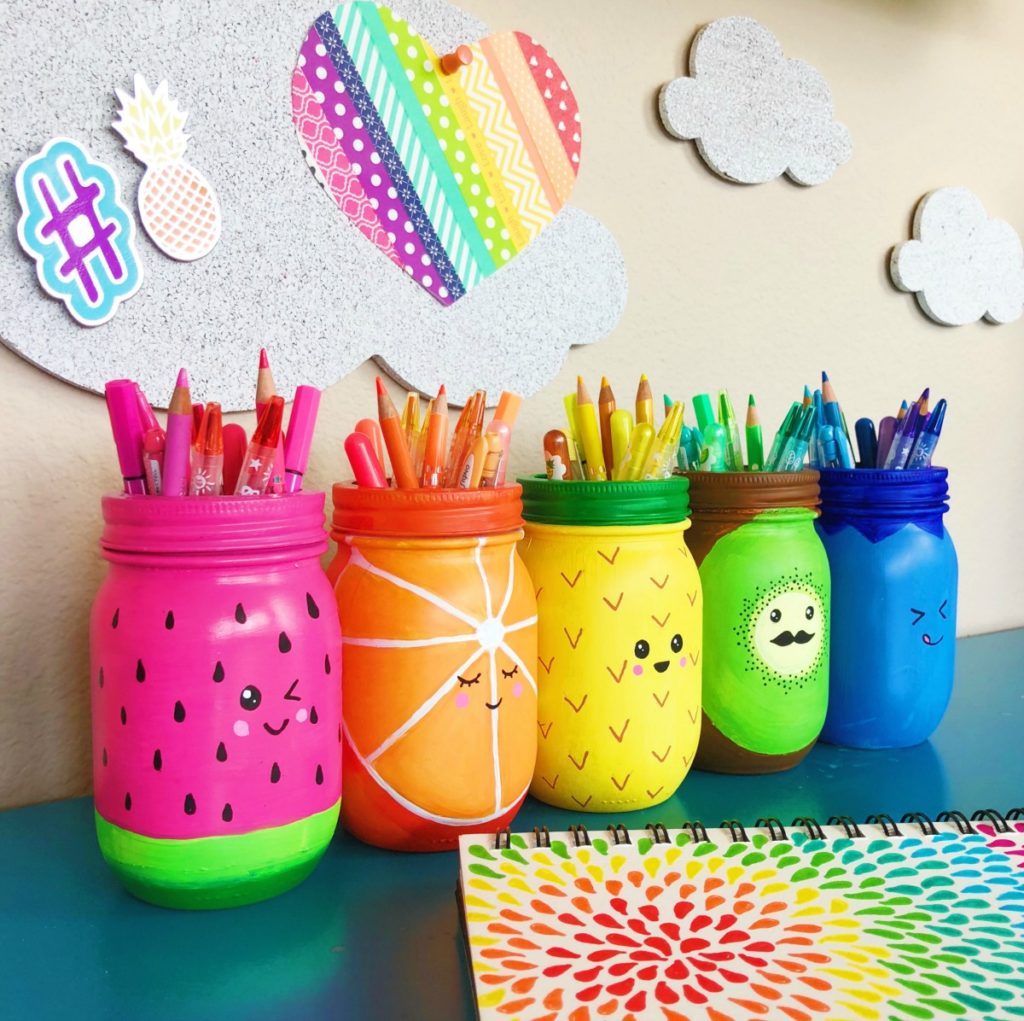 If you don’t mind getting paint on your hands you can decorate your glass jars to make fun, colourful containers inspired by fruit, like those shown above.

They can be used to hold all those small objects that are usually scattered around the house such as coins, buttons or keys. 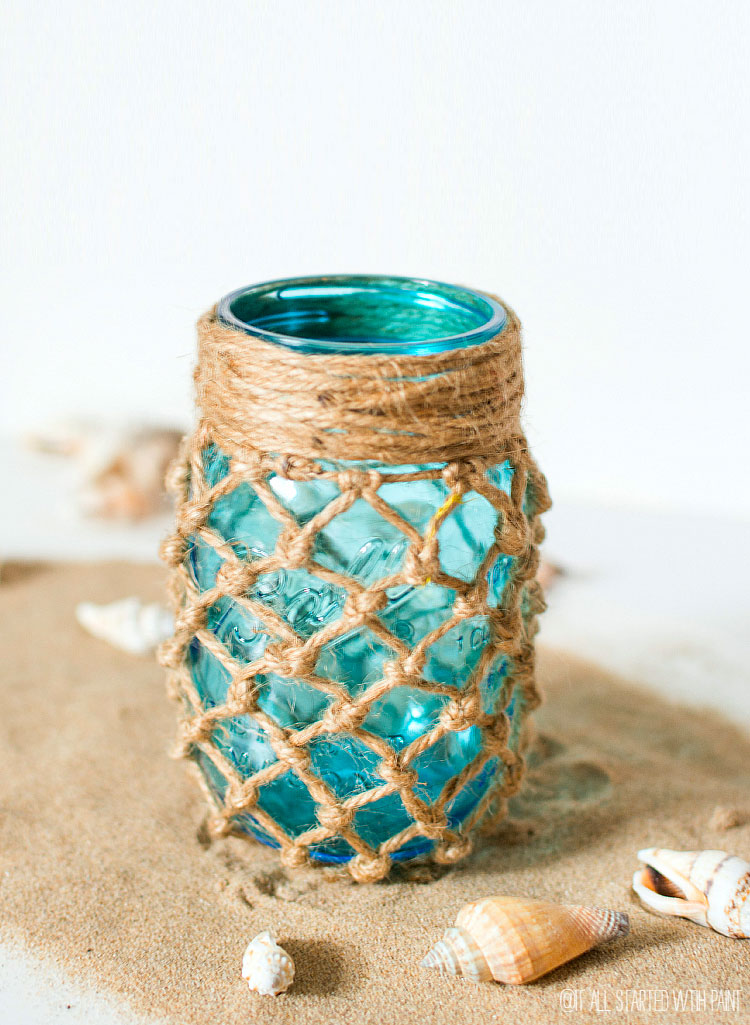 Sea-inspired glass jar used as a trinket holder. Project: It all Started with Paint

A sea-inspired idea is just right for this season!

The above project shows a glass jar that has been painted blue (like the sea) and decorated in a very simple way with a fake fishing net.The end result can be used in lots of different ways: as a candle holder (or citronella holder if you’re trying to keep garden mosquitos at bay) as a trinket holder or as an ornament filled with shells. 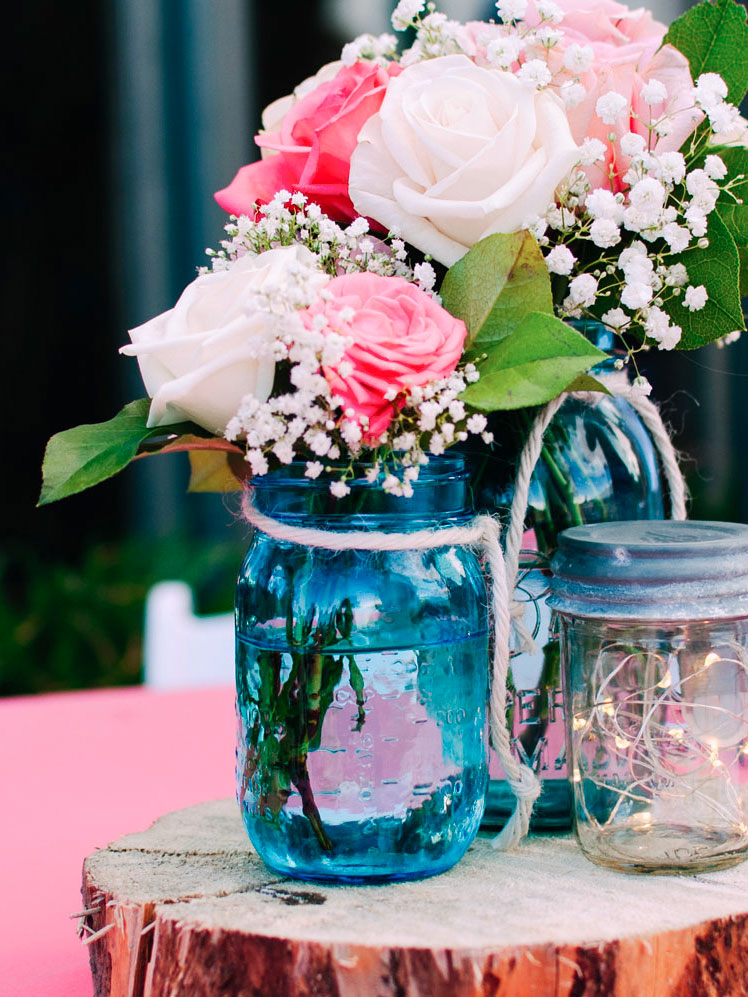 The last idea is the easiest of all: recycle your glass jars and use them as vases, centrepieces or fill them with led fairy-lights to create an atmosphere.

Do you have any ideas of your own? Tell us about them in your comments!